Groups from Iraqi Kurdistan and Europe joined others from the United States and Canada at the 5th Annual Kurdish Youth Festival in Florida this month, where the emphasis this year was on showing support for the Kurds in Syria.

The three-day festival was packed with cultural and social activities, such as a short film competition and a Kurdish trivia game, the main events of the first day. Representatives of the Kurdistan Regional Government also presented high-achieving students with scholarships to help with their educational goals.

On the second day, Dr Athanasios Moulakis, former president of the American University of Sulaimani, chaired a panel discussion about the importance of education and later on, the festival’s keynote speaker, Karwan Rostem, gave a speech about his career with NASA. 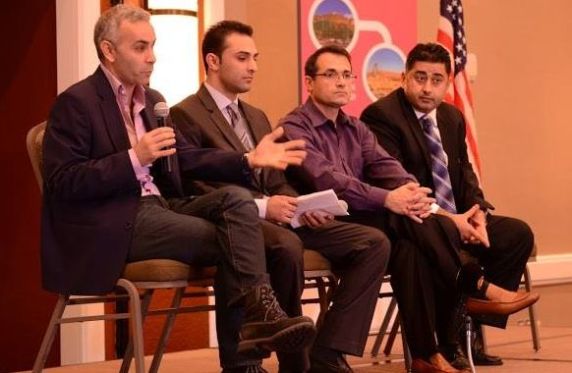 Gol spoke about his recent visit to Qandil Mountains and shared with the audience the short documentary film he prepared about the Women Fighters in the PKK. He said both in Turkey and Syria women were always in front rows both in political and social life.

In his speech, Civiroglu focused on Rojava or the Kurdistan of Syria and praised the recent agreement reached between two Kurdish councils, and decision to attend Geneva Conference as a single delegation. He also presented a PowerPoint presentation about his visit to the region.

Dr. Gurses discussed the current peace process in Turkey and talked about Kurdish people’s struggle for decades. He stressed that the emergence of a Kurdish autonomous region in Iraq and the prospects of a similar entity in Syria has provided incentives to address the demands from Turkey’s Kurdish minority.

At a separate panel, Kurdish Organizations in North America discussed about their mission and goals. The second day of the festival continued a live art auction where young Kurdish artists found opportunity to show their art work. The second day ended with the performance by Kurdish rapper Rezan Jamal, who had traveled from Sweden. Proceeds and donations went to Rojava, or Syrian Kurdistan.

In the final day of the festival attendees had a remarkable tour of the Miami area, and visited interesting attractions.

The musical theme continued on the final day, with renowned Kurdish singer Chopy, who sang in both Kurdish dialects, giving a performance in the evening.

Celebrated Kurdish singer Diyar took to the stage to bring events to a close. Before starting his performance, he spoke about Rojava, and urged attendees to show their support and solidarity with Syria’s Kurds.

Solidarity with Rojava marked the event. 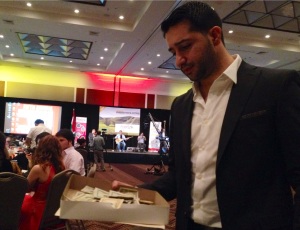 Throughout the festival Kurdish youth collected donation for their brothers and sisters in Rojava.

Heval Pektas, one of the organizers, was glowing about the festival.

“The 5th year of the Kurdish Youth Festival in the United States brought together Kurds from all corners of the world, sending a message of unity and support for Rojava. The highly productive event was a huge success that will provide a strong foundation for a Kurdish lobby in the years to come,” he enthused.

Another organizer, Sarah Yousif believed being on the committee for the festival for three years now has broadened her conception of the Kurdish culture exponentially.

“It showed me that we are capable of so much. Planning and attending this festival, as a Kurdish-American youth has brought me closer to my roots than I ever thought was possible.”

Akhink Omer, another member of the organization committee said the Kurdish Youth Festival shows the youth that Kurds from North, South, East and West [of Kurdistan] are the same.

“We will be united when we realize that our struggle is the same” she added.

Nuha Serrac, another member of the committee said they wanted Kurdish youth to become agents of change in their communities and she felt that they were gradually meeting that goal.

“We wanted to provide young individuals with mentors by inviting professionals who are highly successful in their fields to inspire them and to advise them on their educational and career paths.”