Urgent Distress Call from the Prince of Yezidis 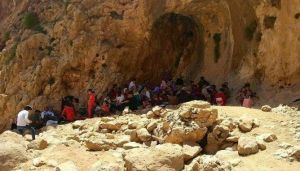 I ask for aid and to lend a hand and help the people of Sinjar areas and its affiliates and villages and complexes which are home to the people of the Yezidi religion. I invite them to assume their humanitarian and nationalistic responsibilities towards them and help them in their plight and the difficult conditions in which they live today

Citizens of this religion are peaceful people who acknowledge all principles and humanitarian values and respect all religions, and never had enmity against any of their countrymen, and in the near past they even had a major humanitarian stand with their fellow residence of Mosul and Tal Afar, and today they desperately need their brethren’s help.

This humanitarian appeal I make on my behalf and on behalf of the people of this religion to come to their assistance and help the Yezidi people as soon as possible.

For questions, comments and interview requests: