Mr. Anwar Moslem, clashes in Kobane continue for over three months now. What is the latest situation in Kobane now, especially with regard to military developments?

ISIS has been attacking Kobane with heavy weapons for more than three months. YPG and YPJ forces have mounted a great resistance to these attacks. Recently, YPG and YPJ have advanced several streets further on the eastern front, and also made further advances on the southern front. However, the main problem on these fronts is the presence of a street fighting. The ISIS is already outside the city on the western front. Airstrikes of the coalition led by the U.S. are targeting the positions and munitions of the ISIS. We can say that defeating ISIS in Kobane will be a huge gain for the entire humanity. We want everyone to see this point very clearly.

Kobane will attain victory soon, and we truly believe this. However, there still remain some dangers, as there are thousands of civilians in Kobane, including children, who are facing great difficulties due to harsh winter conditions. We are once again calling on the international community to enable the opening of a humanitarian corridor into Kobane. This Tuesday’s mortar attacks by the ISIS have left three civilians martyred and dozens of others injured. 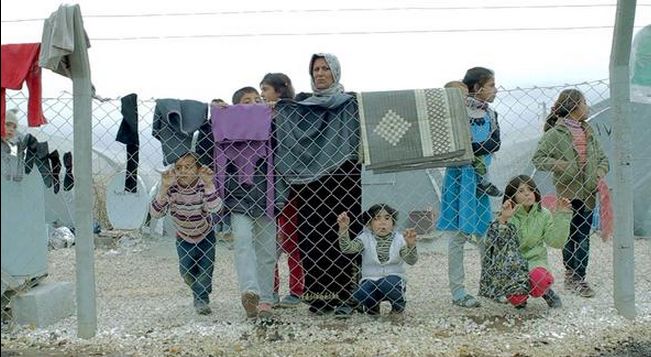 What do the civilians stranded in Kobane and on the border primarily need in the face of harsh winter conditions?

Three quarters of the Kobane city have turned into ruin as result of the attacks by the ISIS. The civilians in Kobane and on the border are mainly in need of clothing, food and beverage. They are also facing a great shortage of medicine. In addition, camps are needed to be built in order to provide shelter and a warm place for these people. This is also needed for thousands of people who will remain outside when they turn back once the resistance in Kobane ends up in victory.

Human rights defenders and international aid organizations need to extend a hand to these people whose houses have all been demolished. Since the day clashes broke out in Kobane, it has been only the municipalities, civilian aid organizations and the people of North Kurdistan [of Turkey] to look after the people of Kobane. Regardless of all the calls we have issued so far, I regret to tell that international organizations are yet to provide any help. The situation of the Kobane people in the city, on the border and in tent cities in Suruc is really heartbreaking.

Turkish government says it has provided great help to the Kobane people and opened its doors to them. You are, however, saying that it has been only the ‘municipalities in the north [of Kurdistan/Turkey’ to provide help? 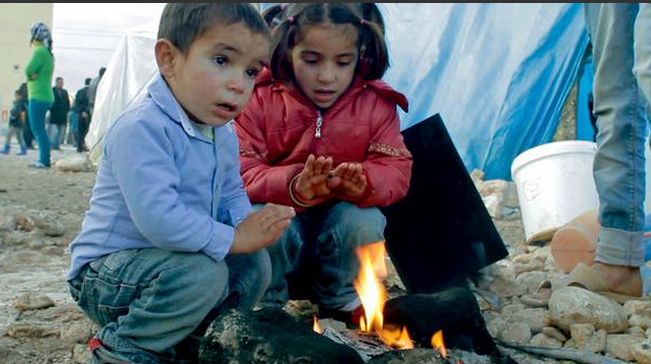 The statements by Turkey do really sadden us. We weren’t expecting Turkey to act like this. ISIS has recently attacked Kobane from the Mursitpinar Border Crossing on the Turkish side, but Turkey denied this. In relation with that attack, we asked politicians and civilians, from either inside or outside Turkey, to establish a commission of investigation, but Turkey remained silent.

Our people in refugee camps in Suruc are in a dire situation and children aren’t even allowed to receive education in their mother tongue. Turkey is always repeating the same thing, saying that ‘we have opened our doors’. After all, it is a humanitarian duty to open doors to these people who fled the massacres committed by the ISIS in Mosul, Tikrit and everywhere else. Apart from “opening its doors”, Turkey has provided no noticeable help, this is the truth. All human rights defenders, independent organizations and media workers can examine the situation in camps in Suruc in order to see and witness this truth themselves.

What would you like to say about the ISIS attack which left two civilians dead in Australia?

Terrorist actions do really hurt all humanity. Several years ago, thousands of innocent civilians were killed in September 11 terror attacks America. This was followed by similar incidents in France, Spain, Canada and most recently in Australia. The terror in Kobane is the same of the terror in these countries. We offer our condolences to the families of these people and the Australian government. The entire world needs to act together against this terror which is targeting the peoples and religions.

Ms. Hillary Clinton said in a most recent statement that the U.S. should provide assistance to the Kurdish female fighters of the YPJ, and spoke highly of them. What would you say in this regard? 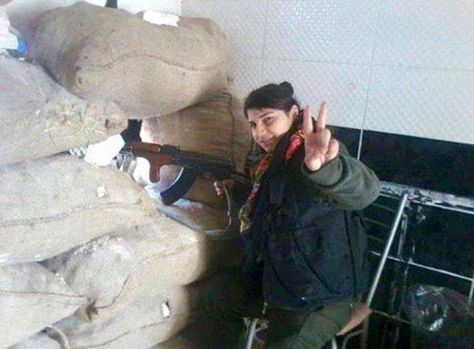 From Kobane, we are sending our greetings to all the American people who have supported us. The statement of Ms. Hillary Clinton has honored us. We are once again extending our thanks to all the American authorities that have lent a helping hand to us. They also have a share in this resistance. The resistance of the YPJ in Kobane is the resistance of all the world’s women. Ms. Hillary Clinton does also have a share in this resistance for she has supported it. We hope that the whole world will in the same way support the YPG, the YPJ and Kobane. The victory in Kobane will be the victory of all the peoples standing against terror.

Kobane now is a place known by the whole world and people from across the world who want to provide help inquire about how to reach you. Is there a certain mechanism in place for people to assist you?

All three sides of Kobane have been surrounded by the ISIS and Turkey is on the other side. Turkey is just permitting the crossing of some wounded people and aid. We are facing some problems in this regard as we cannot move freely. A bank account belong to our administration will be opened soon to enable the people intending to help to reach us. It is not only the Kurdish people but everyone who believes in democracy, peace and humanity that should provide support to the civilians in Kobane.

The Christmas Day and the New Year is approaching. What is your message for the people whose hearts are with Kobane?

I celebrate the Christmas Day of the whole world. There were people who wanted to celebrate it here too but there is a war still going on, the ISIS has not allowed this. I hope 2015 will be a year of peace and fraternity. I wish a Happy New Year where there is no cruelty and all peoples and religions can live together and in peace. All those hearing our voice should support the resistance in Kobane in the New Year also, and provide any help they can for a new Kobane to be built in the wake of victory.