Fighting in Kobane which has left four months behind has become harder with the onset of the winter. What has been witnessed on the battlefield in the past three, four days?

Within the last four months left behind, we have mounted unprecedented resistance against the dark terrorist powers of the Middle East. Gaining strength from this resistance, we have in recent days repelled the ISIS attacks in Mekteba Reş (Black School) area and Mishtenur Neighborhood also. We have reseized many streets and avenues under ISIS control as part of the operation to liberate Kobane which we are continuing for nearly one month now. The ISIS couldn’t tolerate losing these areas of course. They launched quite severe attacks to take back what they have lost. We however proved with our resistance that even a single inch of the areas taken by YPG will not fall into the hands of the ISIS anymore. They carried out suicide car attacks that resulted in the demolition of dozens of houses around the scenes, while dozens of theirs committed suicide attacks too. Yet they haven’t been able to advance. This is how the ISIS is being forced out of Kobane and how we are continuing our victory operation to liberate Kobane . I can say that Kobane is taking one more step on the path to victory every day.

Are the areas you have mentioned, which include the Water Reservoir, Mekteba Reş and Mishtenur Neighborhood, currently under your control?

Right, these areas are under our control now and being protected against fresh attacks by the ISIS. Besides remaining in defensive position, we are also continuing our work to liberate the city. We are repelling all the heavy attacks and making further advances. We have established the criteria of this move, which is based on not retreating.

Public opinion widely convinced by now that Kobane will not fall and the YPG will not be defeated. Many believe, however, the process of liberating Kobane is progressing slowly. How do you comment on that?

As we stated several times previously, street fighting is a difficult one which has no rules. All the houses and streets currently under ISIS control are connected to each other, forming completeness. It is therefore not possible to draw the ISIS back from all these houses and streets within a short time. The ISIS is an organization that recognizes neither humanity nor rules. We are making a slow progress because we secure the areas we seize, making sure to give them no opportunity to infiltrate into these areas again. 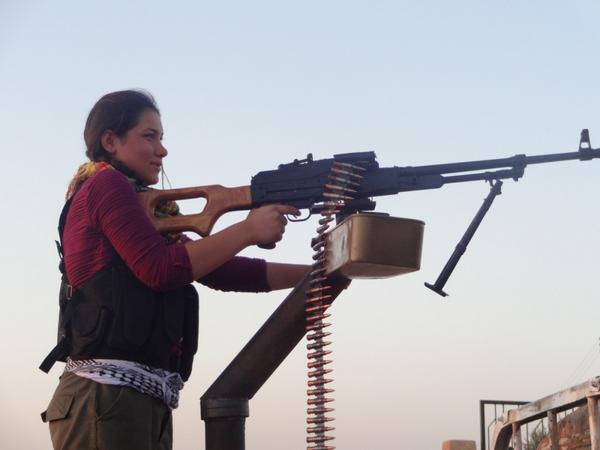 For the last several days, it has been reported that the ISIS is bringing in reinforcements from Sarrin, Tal Abyad and surrounding cities. Is that true?

Yes, those reports are absolutely true. ISIS brings up reinforcements every day and owing to the winter conditions, exhaustion and other reasons they are rotating out different groups every 5-6 days. None of their fighters has the will to stay and fight in Kobane for more than a month. Therefore they are continuously changing groups of fighters. Those who get tired go back to the surrounding villages and cities and new ones come to take their place. We see how whenever we destroy a unit another comes to take its place. Up until now more than 10 Chechen units have been destroyed. 6-7 Turkish have been destroyed, and in addition many other groups from countries such as Afghanistan, Kazakhstan and Tajikistan and others have also been destroyed. We see every group we kill being replaced by a new one.  The ISIS thugs fighting us in Kobane consist of fighters from 27 various countries. These remarks of ours are grounded on evidences and documents.

Apart from that, a large number of ISIS members that are coming to fight against the Kurds in Rojava are crossing through Turkish borders. Whether or not the [Turkish] state is aware of this we are saying this as a criticism. Turkey must stop and think about this matter seriously. Up until now hundreds of people from Turkey have been killed here, and if you want to proof then we are happy to share these documents with the press in a suitable manner.

You are making an interesting claim, and it would be possible for you to share these documents with the public. Because people seem to be talking about a small number but you are talking about hundreds.

Yes, we could share these documents with you and it would not be difficult. Turkey should look into its control of the border. If Turkey is not cooperating with ISIS they must prove to the world that they have no connections with the people that cross through their own territory. Moreover they should stop ISIS from organizing everywhere from Ankara to the Kurdish cities [of Turkey]. The large number of Turkish ISIS members who have been killed in Kobane has raised our suspicions. Everyone knows that all of these gang members – those from Chechnya, Tajikistan, Kazakhstan, the Arab countries, but also the United States, France and Germany – are crossing from Turkey to Rojava. 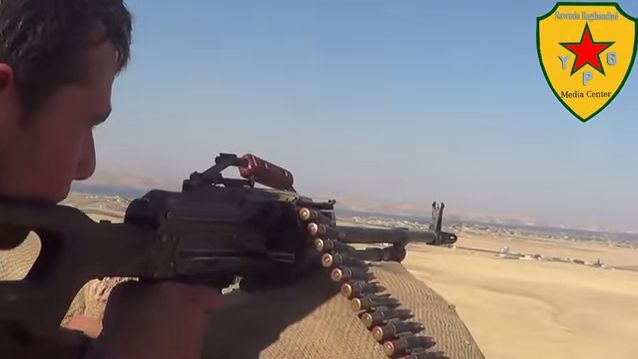 I want to ask about the support for ISIS coming from Tal Abyad, Sirrin and some of the other from surrounding cities. Some question why the coalition does not target the roads on which they are bringing up their support. If they continue to be able to bring up support in this manner the battle will go on much longer. What can you tell us on this?

Up until now 95% of the airstrikes in Kobane have been successful. They have gotten the expected results, and under the rubble of the collapsed houses we have recovered many ISIS corpses. I cannot say with any certainty why the coalition is not targeting areas outside of Kobane. We have no authority over them.

However as a suggestion we can propose that they use more warplanes. This is to say that if there is a plane patrolling over Kobane another plane should be patrolling outside of Kobane. We think such a possibility exists, and that in the place of one plane the coalition could send seven. We know that the coalition is operating heavily around Shengal [Sinjar], Til Hamis, Rakka and even Baghdad but we believe that the coalition can send another plane. We are of the opinion that even if it is just one more plane that the logistics and weapons support could be cut. A short time ago the coalition targeted ISIS 7km to the east in the village of Şêran and destroyed a 10 person squad. This is something new that is an airstrike outside of Kobane is taking place! Right now there is a plane above Kobane ready to carry out airstrikes and searching for targets. Of course if there had been two planes then one could be over Kobane and the other patrolling outside and we would get better results.

Last week  there were two attacks in France and 17 people were killed. As the YPG how do you assess these attacks?

ISIS is an inhumane organization. We consider it important that different people and democratic countries are coming together and working together against such groups. It might even have been a little overdue. We have been fighting against ISIS for a year and a half in Syria. Everyone saw this but remained silent about it. We criticized this silence. We look at the many different world leaders who took part in the march in France as a response to our criticism. We now know that the whole world will support us in the battle we are waging against the enemies of humanity.

We want to emphasize once more that as much as we are protecting ourselves, we are also protecting humanity from a brutal organization that is a threat for the entire world. For this reason, we believe more support needs to be given to the YPG, which has fought ISIS on the frontlines and has been paying the heaviest price. All countries including France and other coalition members and even countries not in the coalition should support us. With this support we can be rid of ISIS which is the enemy of humanity, even more quickly.

In some news reports recently it has been reported that France has provided the YPG with armed support. Are these claims true?

No, such aid has not yet been discussed. Other than the weapons provided by Southern Kurdistan [KRG] and airdropped by American planes and those brought by the peshmergas themselves, no other weapons have reached us. I want to underline this. However of course we need weapons and ammunition to win this battle. We are certainly expecting aid from France and other countries.

For French translation of the interview: https://civiroglu.net/2015/01/16/ypg-a-kobane/

For my participation to a show, interview me or get a quote on Kobane and other Kurdish related issues, please contact me at mciviroglu@gmail.com