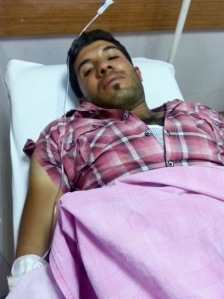 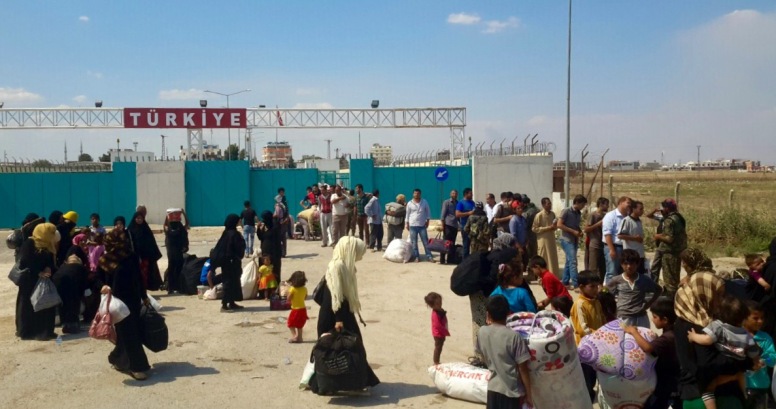 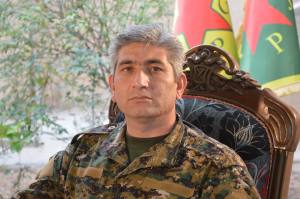 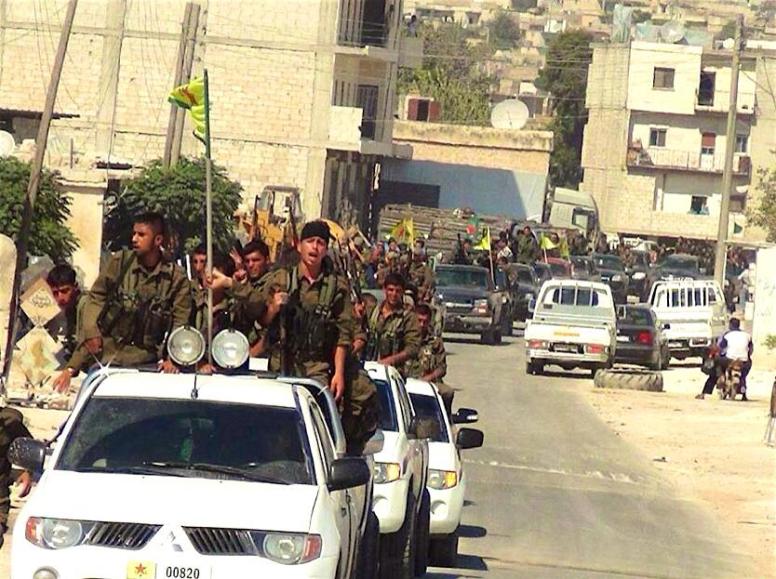 Mr. Bilal Rojava, three days have passed over the liberation of Girespi (Tal Abyad). What is the situation in the city now?

The city is under full control of the YPG and the life is going on in the nature of things. People have started turning back home. Thousands of people crossed into the city from the border gate yesterday, and many more are coming back home. When we started the operations to liberate the region with the campaign Martyr Rubar Qamishlo, we took control of the Mt. Abdulaziz and Til Tamir areas in the first place. This was followed by the second phase when we continued with the Mabrouka area, the third phase with Silouk and the fourth with Girespi. Euphrates Volcano also took part alongside the YPG in the liberation operations to which coalition forces also made a major contribution. The region is free now, everyone can turn back home.

Some media organs have put forward claims of an “ethnic cleansing” by the YPG against the Arabs. If this is true, how come the civilians are turning back home? 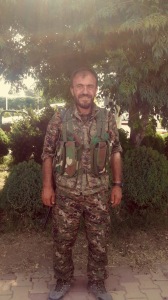 Something like that did never happen, for the YPG hasn’t targeted a single civilian so far, as is also witnessed by the media groups covering the battle here. Around 5-6 thousand people have returned to Girespi so far and more are doing so. We are a military force, yet we have opened the bakery here and are providing free bread to the people for the last two days. Similarly, we are also working to provide water for the people. We took immediate action within the bounds of possibility on seeing the very severe conditions the people were being through when we arrived to save them. Within the coming process, you will be witnessing us handing over the city to civilian forces. As YPG, we will be continuing our works outside the city.

Such reports are being spread after every significant success achieved by the YPG, just like what was the case in Til Barak and Til Hamis. What do you think is the actual purpose of spreading these news?

Many circles bear a grudge against this success and spread fabricated news. We are fighting ISIS Thugs only for humanity. Those spreading this sort of news must come here to see and write the truth. These reports are spread by the agencies that aid the ISIS Thugs. They should abandon this partiality and voice the truth. Our door is always open to them. They should come here and speak to the people themselves.

It is known by now that ISIS leaves a place by laying mines and booby traps. As you have been in the city for two days now, what is your observation regarding mines and traps?

Every area where ISIS has been present turns into a place of death. In such a beautiful city, you can witness the silence of death very clearly, with the people being displaced and leaving their homes desolately. Yet, we hope a revival of the city within a short time with the works of civil institutions and cantons. Thugs have placed mines mainly in the south of the city. We have removed a large part of them and took them outside the city. Some comrades are continuing their work for the inactivation of the mines. Thugs have also laid mines on the main roads used by civilians and at children’s parks, which we saw yesterday. ISIS is brutally targeting the humanity. We are warning civilians over mined areas, and closing some roads to use until the clearance of all the mines has ended. Similarly, there are some ammunition depots inside the city, we are taking them under protection in case of blasts. We are planning to overcome this problem within several days.

You’ve mentioned four phases regarding the operation you have been running. Reports come through about operations of YPG forces in Ayn Isa as well. What could happen in Raqqa, what does the fifth phase of the operation include?

As we have stated since the very first day of our fight against ISIS, our struggle against the Thugs will continue as long as they are present. This is because of the fact that ISIS is a terrorist organization that targets the sacred values of people. For sure, Girespi was not the final phase of our operation. We will be fighting ISIS to the end.

Many agree now the fact that YPG is the most effective force capable of fighting ISIS on the ground. What is your relationships with the coalition forces participating the operation and to what state will it come in the following days?

Everyone has seen that ISIS cannot be rendered ineffective by means of aerial operations alone. There is also a need for a strategic power on the ground to eliminate ISIS which is an enemy to the entire humanity, not only to us. We extend once again our thanks to the coalition forces for supporting us in operations and wish a continuation of this support. ISIS can only be ended with operations both in the air and on the ground.

Some groups from the Free Syrian Army also participated in these operations. We acted with them together from Kobane to Girespi. We also thank them.

Similarly, we thank the Syriac forces that also supported us, putting up a brave fight and losing their fighters in the battle. We will continue fighting for a free Rojava and a democratic Syria.