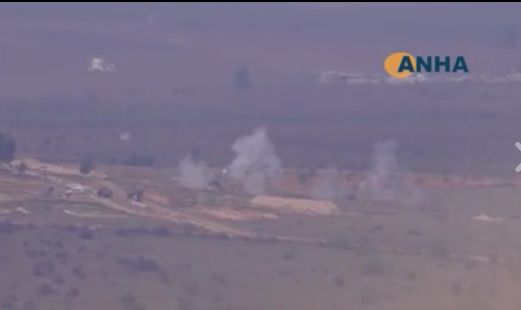 Jaysh al-Thuwar released a statement saying Turkey attacked the villages they recently liberated from Jabat al-Nusra and Ahrar al–Sham and by doing so Turkey shows its support to these groups.

Jaysh al-Thuwar  also say by this action Turkey shows its hostility towards democratic forces in Syria.

Jaysh al-Thuwar warns that attacking them will strengthen Assad forces as they prevent regime advancement towards north by controlling those areas.

Below is the Jaysh al-Thuwar statement: 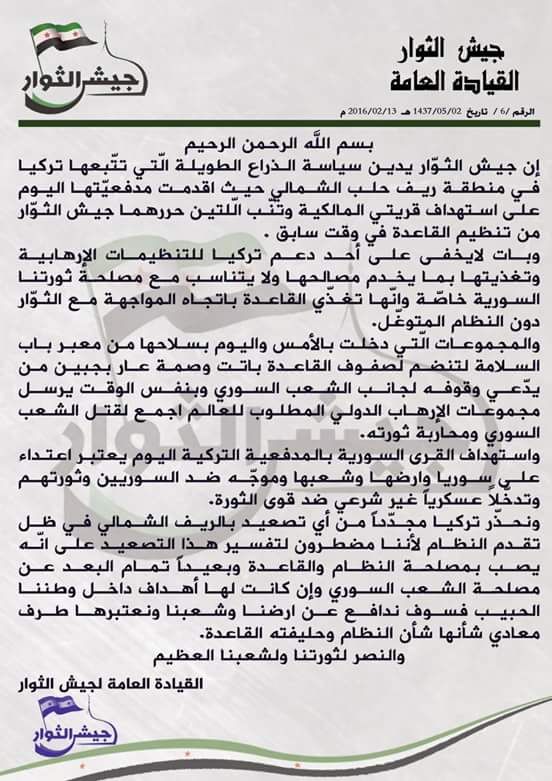