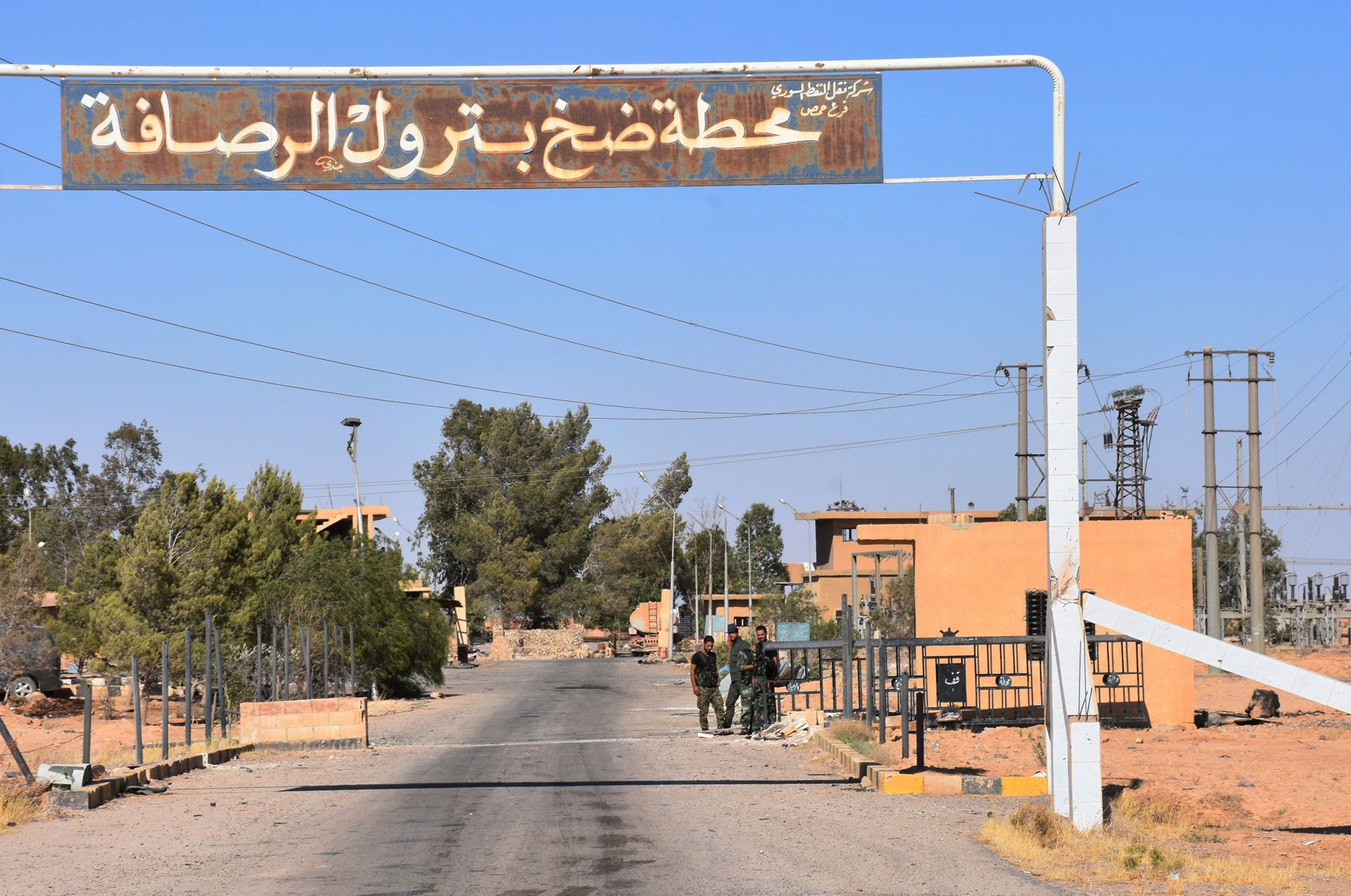 The United States’ primary allies in Syria have supplied oil to Damascus, despite the government being sanctioned by Washington.

The Syrian government, led by President Bashar al-Assad, and the Kurdish forces that comprise the majority of the Pentagon-backed Syrian Democratic Forces have long maintained a working relationship despite vast political differences before and after a 2011 rebel and jihadi uprising that has threatened both of their livelihoods. As the two factions emerge as the most influential forces on the ground, their ongoing ties are receiving new attention.

The dialogue between the Syrian government and Syrian Democratic Forces has centered on the former’s need for oil from resource-rich regions held by the latter, which has demanded greater autonomy. U.S. plans to withdraw from the conflict following the virtual defeat of the Islamic State militant group (ISIS), however, have expedited Kurdish desires to be on good terms with Damascus. 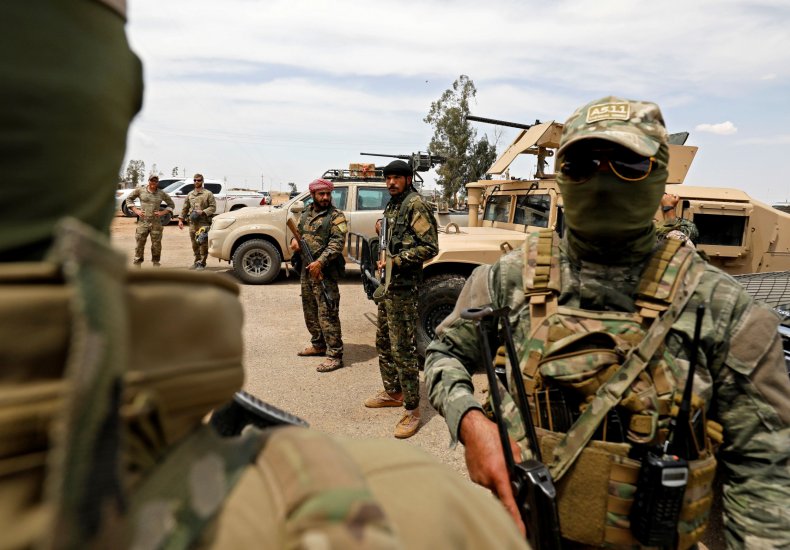 Members of the Syrian Democratic Forces and U.S. soldiers (left) gather at the Al-Tanak oil field as they prepare to relaunch a military campaign against ISIS near Al-Bukamal, which is under government control, along with Deir Ezzor city, on May 1, 2018. The United States’ primary allies in Syria have supplied oil to Damascus, despite the government being sanctioned by Washington.DELIL SOULEIMAN/AFP/GETTY IMAGES

The sources claimed that companies operating under government control had already begun laying pipes near Al-Shuhayl, a town off the western bank of the Euphrates River that divides the separate anti-ISIS campaigns waged by the Syrian government in the west and the Syrian Democratic Forces. The deal was reportedly the result of an agreement made during talks last July when the two sides agreed to share production profits.

The day after the Turkish report was published, The Wall Street Journal published its own piece citing a person familiar with U.S. intelligence and a tanker driver transporting oil in elaborating on the arrangement. The article found that oil tankers were traveling near daily to transport oil to the Qatarji Group, a firm hit by U.S. sanctions in September due to its alleged involvement in facilitating oil deals between the government and ISIS.

The official U.S. military mission in Syria was limited to defeating ISIS, but Washington and its regional allies previously intervened in the country via support for insurgents attempting to overthrow Assad, whom they accused of human rights abuses. The U.S. began targeting ISIS as it overtook half of both Iraq and Syria in 2014 and teamed up with the Syrian Democratic Forces the following year, just as Russia intervened on Assad’s behalf.

Since Moscow stepped in, the Syrian military and pro-government militias—some of which were Iran-backed Shiite Muslim paramilitary groups mobilized from across the region—have retaken much of the nation, leaving only the northwestern Idlib province in the hands of the Islamist-led opposition now primarily sponsored by Turkey, and roughly a third of the country under the Syrian Democratic Forces’ control in the north and east.

The Syrian Democratic Forces’ share includes most of the nation’s oil resources, which produced up to 350,000 barrels per day prior to the war before dwindling to about 25,000, according to current estimates, while the government still controls the nation’s oil refineries. The successful Syrian Democratic Forces campaign to retake the oil and gas fields from ISIS helped to starve the jihadis of their black market revenue. Now Damascus is in dire need of this income to establish an economy stable enough to capitalize on successive military victories. 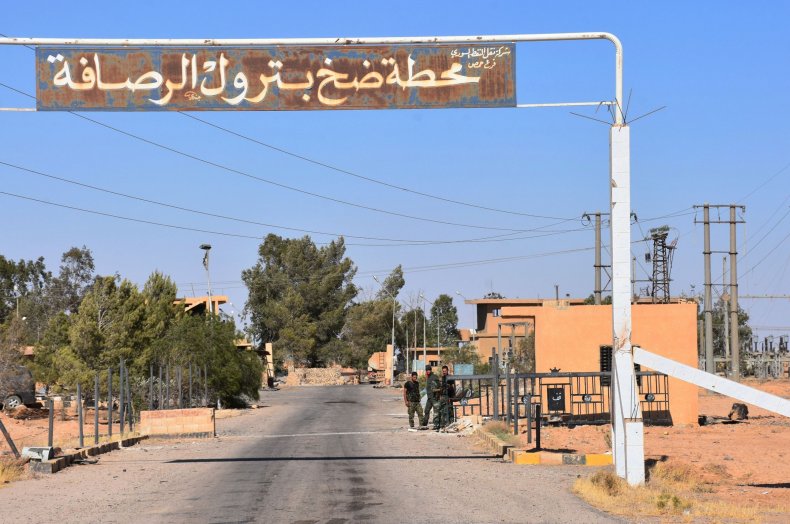 This has led to a number of profit-sharing agreements, extending back to at least 2017, as Damascus continued to pay the salaries of workers in Kurdish-held cities and talks expanded last year to include the Syrian government potentially retaking control of certain facilities such as the Al-Tabqa dam near the northern city of Raqqa. In return, the Syrian Democratic Forces have pushed for wider recognition of the country’s significant Kurdish minority and for greater self-rule. More than anything, however, the militia has now sought the Syrian government’s protection against a common enemy.

Turkey, a fellow U.S. ally, considers the YPG to be a terrorist organization due to suspected ties to a Kurdish separatist insurgency at home. With President Donald Trump planning to soon withdraw from Syria, many Kurdish fighters have expressed fears that their protective umbrella would close. Pro-government groups, too, have clashed with the Syrian Democratic Forces in apparent attempts to seize oil and gas infrastructure, which—along with the rest of the country—Assad has vowed to reclaim through diplomacy or force.

Though Trump has vowed to protect the Kurds in the event of a U.S. exit, he also accused them last month of “selling the small oil that they have to Iran,” even though “we asked them not to”—a charge denied by leading Syrian Kurdish politician Salih Muslim in an interview with journalist Mutlu Civiroglu. Like Syria, Iran was subject to extensive sanctions by Washington, restricting its ability to market oil internationally.

Iran has, however, sent up to 10,000 barrels per day to Syria, as estimated by TankerTrackers.com and reported by The Wall Street Journal, furthering both countries’ economic interests in a development that has prompted anxieties among Arab states feeling increasingly sidelined by Tehran. As the Syrian Democratic Forces rushed to repair relations with Damascus, a number of Arab League states have also begun to repair ties gradually in hopes of steering Syria away from Iran.