A suicide attack killed four U.S. personnel in northern Syria Wednesday, costing Washington its worst combat losses in the war-torn country since 2014 as it prepares to withdraw. Nine Syrian civilians and five U.S.-backed fighters were also killed in the attack.

The bombing, claimed by the Islamic State (ISIL) group, comes after U.S. President Donald Trump’s shock announcement last month that he was ordering a full troop withdrawal from Syria because the jihadists had been “largely defeated”.

The Pentagon said, “Two U.S. servicemembers, one Department of Defense (DoD) civilian and one contractor supporting DoD were killed and three servicemembers were injured while conducting a local engagement in Manbij.”

“Initial reports indicate an explosion caused the casualties, and the incident is under investigation,” it said, adding that the names of the dead were being withheld until 24 hours after their families were informed.

The Syrian Observatory for Human Rights earlier said two Americans soldiers, nine Syrian civilians, and five U.S.-backed fighters were killed in the attack on a restaurant in the northern city of Manbij near the Turkish border.

Rubble littered the outside of the eatery in the city center and its facade was blackened by the blast, footage from a Kurdish news agency showed.

According to Pentagon statistics, Wednesday’s blast was the deadliest attack for U.S. anti-ISIL forces in Syria since they deployed in 2014.

The U.S. Department of Defense has previously only reported two American personnel killed in combat in Syria, in separate incidents.

The Britain-based Observatory, which relies on a network of sources in Syria, said it was the first suicide attack in the city in 10 months. 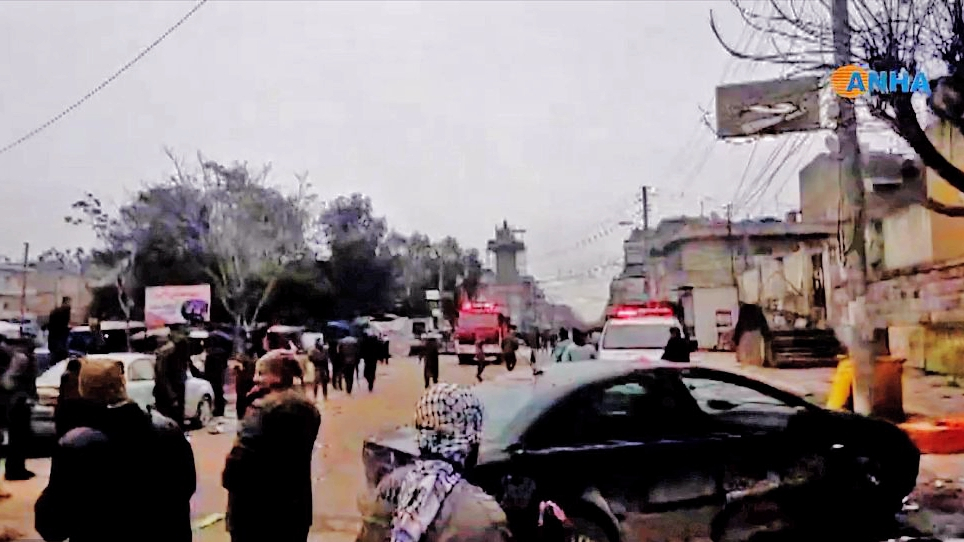 This image grab taken from a video published by Hawar News Agency (ANHA) shows the scene of a suicide attack in the northern Syrian town of Manbij, January 16, 2019. /VCG Photo

Addressing a gathering of U.S. ambassadors in Washington, Vice President Mike Pence did not comment on the attack, saying only that the United States would ensure the defeat of IS, also known as ISIL.

The bombing comes as Syrian Kurds present in areas around Manbij rejected any Turkish presence in a planned “safe zone” to include Kurdish-held areas along the frontier.

Turkey has repeatedly threatened to attack Washington’s Syrian Kurdish allies, who Ankara views as “terrorists” on its southern flank.

Washington, which has relied heavily on the Kurds in its campaign against IS in Syria, has sought guarantees for their safety since Trump’s pullout announcement.

On Tuesday, Turkey’s President Recep Tayyip Erdogan said Ankara would set up a “security zone” in northern Syria following a suggestion by Trump.

He said the Kurds would accept the deployment of UN forces along a separation line between Kurdish fighters and Turkish troops.

The Kurdish People’s Protection Units (YPG) has been a key U.S. ally in the fight against ISIL.

They have taken heavy losses in a campaign now nearing its conclusion, with the jihadists confined to an ever-shrinking enclave of just 15 square kilometers (under six square miles).

But the jihadists have continued to claim attacks nationwide and abroad.

Ankara has welcomed Washington’s planned withdrawal of some 2,000 U.S. troops from Syria, but the future of Kurdish fighters has poisoned relations between the NATO allies.

On Monday, Erdogan and Trump had a telephone conversation to ease tensions after the U.S. leader threatened to “devastate” Turkey’s economy if Ankara attacked Kurdish forces in Syria, and called for a “safe zone”. 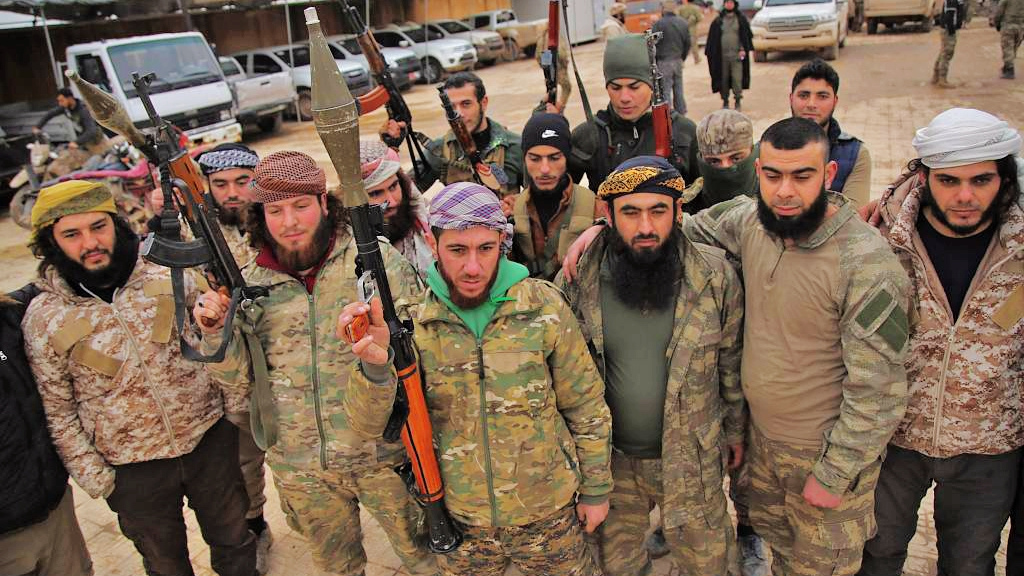 Erdogan said he and Trump had a “quite positive” conversation in which they spoke of “a 20-mile (30 kilometers) security zone along the Syrian border… set up by us”.

The YPG-led forces fighting IS in a statement said they would provide “necessary support to set up the safe zone” – if it came with international guarantees to “prevent any outside interference”, in an apparent reference to Turkey.

The Turkish army has launched two major operations in Syria in recent years.

In the latest, Turkish troops and their Syrian rebel allies seized the northwestern enclave of Afrin from the Kurds last year.

Critics have accused Turkish troops and their proxies of military occupation and abuses in Syrian sovereign territory.

But while Ankara has spoken of a YPG-free “security zone” under its control, analyst Mutlu Civiroglu said it was not immediately clear what the U.S. president meant by a “safe zone”, or who he thought would patrol it.

Analysts were “waiting for a clarification from Washington to see what the president really meant”, he told AFP.

The U.S. planned withdrawal has sent the Kurds scrambling to seek a new ally in Damascus, which has long rejected Kurdish self-rule.

With military backing from Russia since 2015, Syria’s regime has advanced against jihadists and rebels, and now controls almost two-thirds of the country.

A northwestern enclave held by jihadists and pockets held by Turkish troops and their allies remain beyond its reach, along with the much larger Kurdish region.

(Cover: An image grab taken from a video obtained by AFPTV shows US troops gathered at the scene of a suicide attack in the northern Syrian town of Manbij, January 16, 2019. /VCG Photo)