(North Press) – The Kurdish National Congress of North America (KNCNA), a nonprofit organization founded in 1988 focused on Kurdish rights and the attainment of an independent Kurdistan, held an online seminar on North and East Syria titled “Where’s Rojava Today?” on Saturday. The seminar’s panelists included Syrian Democratic Council Representative to the US Sinam Muhammad, Middle East Scholar Dr. Amy Austin Holmes, Rojava Activist and KNCNA Member Dr. Ihsan Efrini, and Kurdish Journalist and Analyst Mutlu Civiroglu.
The organization has been organizing conferences since 1988, and wanted to organize a conference in Washington, but “because of [coronavirus], we couldn’t go ahead, therefore we thought about a webinar,” Ihsan Efrini, a native of Afrin currently residing in Canada, told North Press. “In 2019, Rojava was trending, but it seems like people have forgotten the region. There is still a lot happening in the region that needs to be talked about,” he added about the need for such a conference to take place.
Sinam Muhammad opened the discussion by talking about the dissolution of the Syrian opposition and the invasion and occupation of her native Afrin. “Afrin was a painful moment not only for Afrinis, but for all people in Syria, and also Arabs. They felt that they were also under attack and worried about Turkish intervention in Syria, and this is what Turkey did [in Sere Kaniye and Tel Abyad].” Muhammad went on to discuss the completion of the first stage of the intra-Kurdish dialogue, stating, “It was so good that we reached an agreement together with the help of the United States, and I would like to thank Mr. William Roebuck this effort.” She added, “it is good for Kurdish parties to have unity…in order to have a stronger administration and stronger political solution to present to the future constitutional committee of Syria.”
Dr. Amy Holmes discussed several subjects, chief among them the unity of the Syrian Democratic Forces (SDF) as one of its key characteristics from which it draws its strength. “The SDF is a multi-ethnic force…and a multi-religious force, with Muslims, Christians, and Yezidis,” said Dr. Holmes, who previously completed a thorough and comprehensive study on the SDF in all regions of northeastern Syria.
“When Turkey invaded in October 2019…many people thought that the SDF would disintegrate, or that, for example, the Arabs in the SDF would defect – that they would go back to the regime with Assad, or that they would join Turkey…but really, nothing like that happened. There [were] no major defections within the SDF as the result of the Turkish intervention,” Holmes explained, later telling a personal anecdote about an Arab individual from Sere Kaniye who joined the SDF in 2015, as well as mentioning Kurds who joined the SDF to liberate Arab-majority areas such as Raqqa and Deir ez-Zor. “The SDF has maintained its unity even in the face of this Turkish aggression,” she continued.
Mutlu Civiroglu further commented on the talks, saying that “the initiative has brought a very optimistic atmosphere to the region…[it] has caused happiness among the people: activists, local people, military people, and politicians.” Civiroglu also mentioned local concern about the Caesar Act, saying “the other major topic in the region was the Caesar Act, and its impacts on the region under the Syrian Democratic Council or Syrian Democratic Forces’ control – how will the region be protected?”
The seminar lasted around an hour and a half, with each panelist sharing their views and answering viewer’s questions in the end. Many topics, including the intra-Kurdish negotiations, entry of the Kurdistan Region of Iraq-based Rojava Peshmerga into Rojava, the Turkish occupations of Afrin, Serekaniye, and Tel Abyad, and the efforts and unity of the Syrian Democratic Forces, were discussed during the meeting. 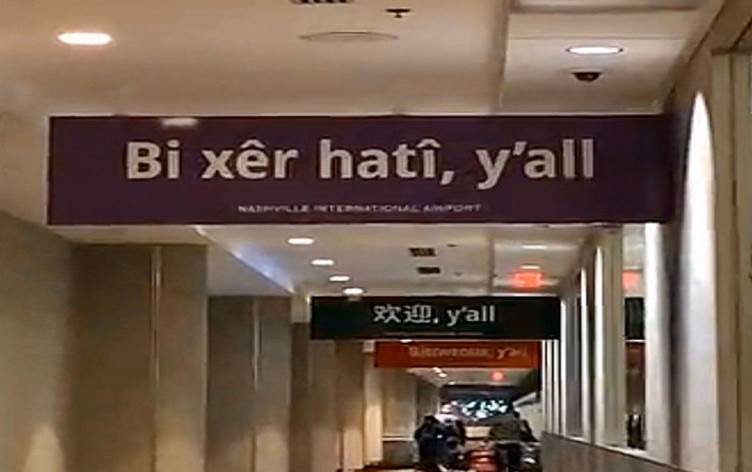 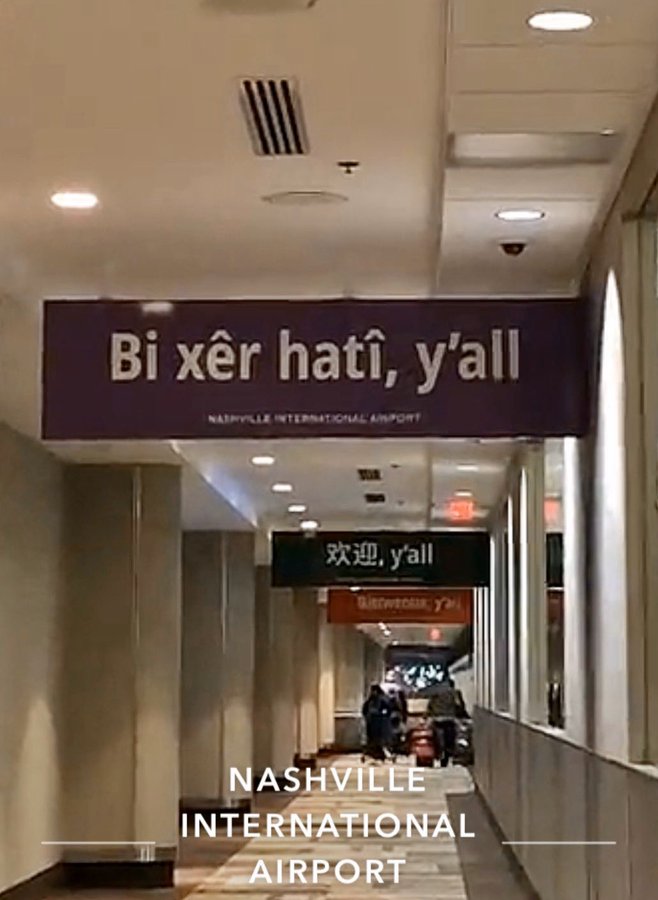 Ibrahim Haftaro, the head of Avrin Hospital in the region, told VOA that eight children, between 7-15 years of age, were among the Kurdish civilians killed in the Monday attack.

“The majority of those killed, eight of them, are children; one is an elderly man over 60 years of age, and the other is a woman,” Haftaro said, adding that among the injured, two were in a critical condition.

Newroz Resho, the VOA stringer at the scene, said the majority of the casualties from the attack were residents of Afrin who were displaced in early 2018 following a Turkish incursion. The artillery landed in downtown Tal Rifaat near the town’s elementary school and a building belonging to the Kurdish Red Cross.

According to the Britain-based Syrian Observatory for Human Rights (SOHR), the children were leaving the school when the area came under attack. It said it was unclear if the attack came directly from Turkish fire or its allied militants.

“Turkey is the responsible party for the violations committed by the rebels it is backing because Turkey is supervising the area,” SOHR’s head Rami Abdul Rahman told VOA.

He said the town has for months witnessed continued shelling from Turkey and its aligned rebels.

Located about 12 kilometers south of Turkey’s border with Syria, Kurds have maintained influence in Tal Rifaat despite the full Turkish control of nearby Afrin in March 2018. The strategic town has also been a site of Russian military activities in recent months.

Kurdish fighters, known as People’s Protection Units or YPG, have been a key ally to the United States in the fight against the Islamic State (IS). Turkey, however, says the group poses a grave threat to its national security.

The Turkish military and its allied Syrian rebels through Operation Olive Branch in early 2018 ousted the YPG from most of the predominantly Kurdish city of Afrin in the Syrian northwest.  The military, in a separate operation in October, attacked Kurdish forces in the northeast, inviting a strong condemnation from its NATO allies.

Turkish officials say they cannot tolerate along their borders any presence of the YPG, which Ankara sees as a terrorist organization and an extension of the Turkey-based Kurdistan Workers Party ( PKK), a U.S. and EU designated terror group.

They aim to create a 30-kilometer (19 miles) long zone across their southern border where the Kurdish elements of the Syrian Democratic Forces (SDF) will be forced to withdraw.

Turkish President Recep Tayyip Erdogan on Tuesday warned that his country could block a NATO defense plan for Baltic countries should the alliance reject to recognize the YPG as a terrorist organization.

The call has been rejected by the United States, which sees the YPG as a key counterterrorism partner.

French President Emmanuel Macron on Tuesday said he was “sorry” that NATO allies did not share a common definition for terrorism, accusing Turkey of working with Islamic State (IS) proxies.

“When I look at Turkey, they are fighting against those who fought with us shoulder-to-shoulder against ISIS and sometimes they work with ISIS proxies,” Macron said, using another acronym for IS.

Turkish-backed forces in Syria are accused of religious extremism and committing serious human rights violations against Kurds and other minorities in the region.

“Turkey is turning a blind eye to the reprehensible behaviors displayed by the factions it arms,” said Sarah Leah Whitson, Middle East director of the watchdog group. “So long as Turkey is in control of these areas, it has a responsibility to investigate and end these violations,” the group said.

Turkish officials have rejected those claims, calling the accusations media propaganda to smear their military campaign in Syria.

“Our soldiers have always been very careful. The militia that we support in Syria also have been careful in not attacking the civilians,” Turkey’s presidential spokesman Ibrahim Kalin told CNN in October.

Some experts charge that actions by the Syrian rebels in the region show that Turkish government is unlikely to be in full control of the groups’ operations on the ground.

Aaron Stein, the director of the Middle East Program at the Foreign Policy Research Institute, told VOA that Turkey has been able to bend the rebels to fight for Ankara’s interests rather than their own, but it is questionable whether it can monitor their daily operations on the ground in Syria.

“I don’t think the Turkish military has enough forces in Syria to know obviously what these groups have done. I think more generally Turkey has made a political decision to try and minimize casualties, and in doing so, they’ve outsourced a lot of the fighting to these groups, and they’ve accepted that these groups are going to try and do their own thing,” Stein said.