Both parties have agreed to create a common front to fight against ISIS which is preparing for new offensive in north of Aleppo to seize the border crossing with Turkey. 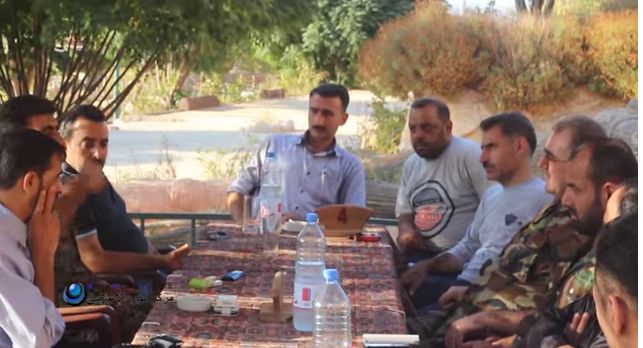 From the Kurdish side, YPG General Commander Sipah Hamo, Head of Afrin Canton Defense Affairs Abdo Chilo and from the FSA ,Colonel Abdul Jabbar al-Aqidi and some other commanders participated this important meeting.

Sources close to meeting parties also state that YPG and FSA agreed to fight jointly against Assad regime as well.

In some videos circulated on the internet last year, Aqidi was appearing with extremists with speaking anti-Kurdish remarks. It is significant that Aqidi now visits YPG, which has risen as the main power fighting ISIS in Syria, and asks their cooperation.

See my recent piece on VICE YPG fight against ISIS

Also, see August 23 The Guardian report on ISIS fighters mass on Syria’s north-western frontier as it seeks to reopen its main artery for foreign fighters.

“ISIS Surges Towards the Borders of Turkey as West Mulls Options”